Oh yes, nobody wants rent a house that big though, we did investigate but I'd still end up paying for stuff like heating oil. I've also had a couple of prospective buyers look at it, one wanted to swap it for a flat "in" Zagreb (turns out not so much in Zagreb, just on the edge, near the airport, between a landfill and a train marshalling yard) and the other couldn't raise the cash, can I drop the price even more than I did already?

When I have everything moved here we'll then start advertising it properly, however there are a lot of empty properties here, the only saving grace for my gaff is it's been heated throughout the winters so isn't full of damp (just dead bugs).
Unskilled meddling sin©e 2007

Just in case you thought I was making it up... 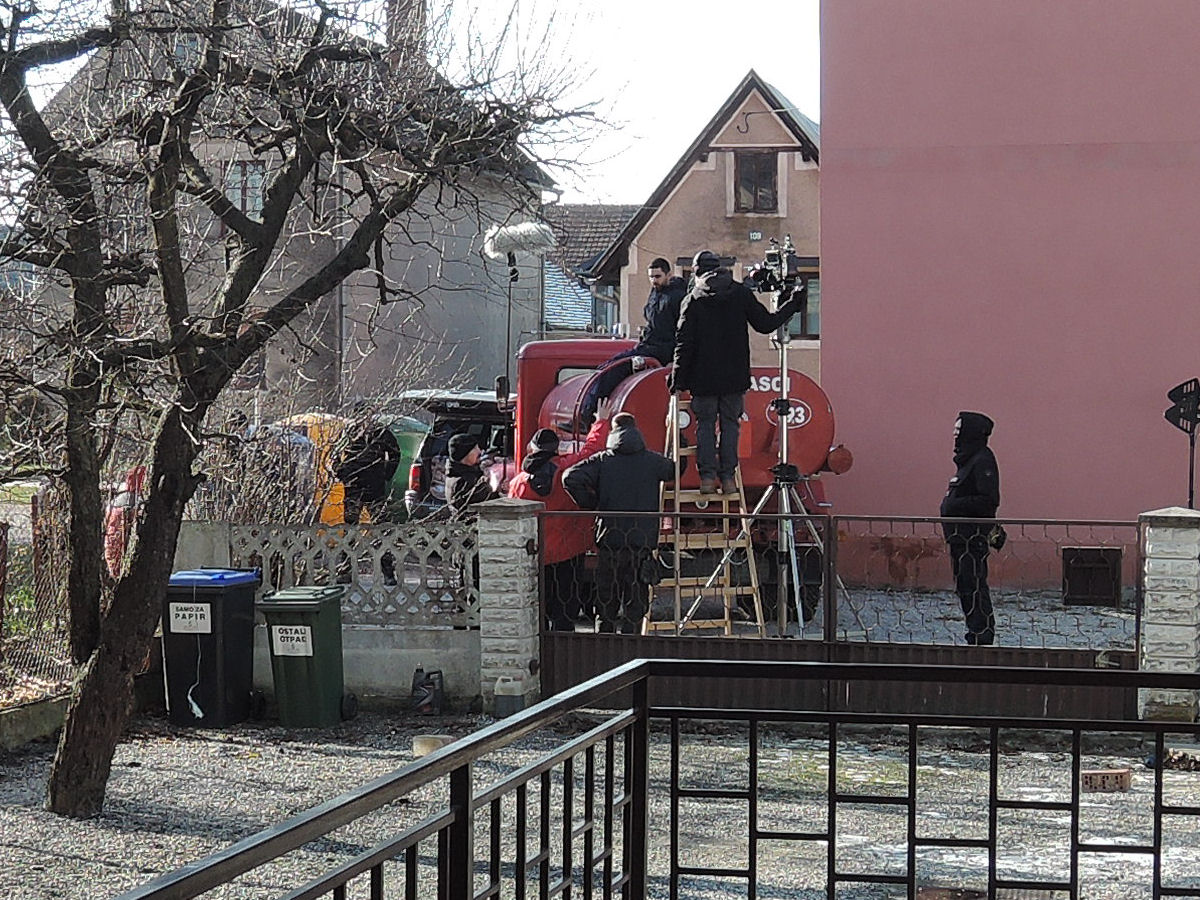 Marvin: "Making it up? Why should I want to make anything up? Life’s bad enough as it is without wanting to invent any more of it."
Unskilled meddling sin©e 2007

As a mischievous sort, if my house was in the frame I would try to keep sneaking out there and place random bits of kit/coloured buckets etc in the background (they won't notice) and then when the programme airs I would sit a laugh at my background random sh*t shenanigans

I'm not even sure if this house makes it into shot, just seems to be exterior shots around the drunk... sorry, firehouse, and only showing the best parts of that, not the back of it facing us that looks like a derelict public convenience.

Plus the main drawback to your scheme is... I'd have to watch that sh*t?

...registering yoyoII. It passed the safety test, despite the handbrake having 406 levels of ineffectualness. It's my own fault, I changed all the brakes last year, including the cables (broken) and shoes (concrete) but they've never been any good, they at least need adjusting for the 3rd time but I suspect they'll never be up to much. So, I was planning to get them relined. But then it got cold, and then I got some sort of virus, twice, and time marched on. I was pretty sure it would fail but I figured they have a workshop there and I'd get them to give them a fiddle if it proved necessary. I even asked first.

I needn't have worried though, the tester didn't even mention them. And the car in front of us also passed, despite having a brake light out - how sodding bad does a car need to be to fail here?!

One thing the tester did ask us was: did the running boards on the RAV come with it new or were they fitted later? Umm, I dunno, I presume it came like that. Can I prove it? How the feck am I meant to do that? Seems from next year either I'll have to prove they came with the car, er, somehow, or I could pay a fine (did someone say stealth tax?) or they come off and go in the bin. I'm not sure if Toyotter Croatia will have any records of what the car came with, it's only 10 years old so maybe, but what else am I going to have to prove? It also sports one of those useless 70's porn star moustache bull bars, will I have to prove where that came from too? What about the mud flaps, I fitted them, do I now have to take them off and bin them?

I'd say you couldn't make it up but I'm sure somewhere in Croatia there really is some useless f*cker whose job is making sh*t like this up.
Unskilled meddling sin©e 2007

Seriously? They already did this in the UK? Were there riots?
Unskilled meddling sin©e 2007

Funnily enough you sometimes can find the exact build spec for your car, someone on the Volvo forum ran a dealer check on my VIN and got the whole factory order list for my car

The problem with your car might be that the sideboards and mustache might have been fitted at the dealer after delivery? I can't really see those options being fitted at the factory? I could be wrong though.

Other options are to remove them for the test and re-fit (but possible insurance implications though?).

I'm obviously going to have to some more investigation, at the moment it feels like I'm going to have to strip everything off of the car that it didn't leave Nagakusa wearing, turning it into a base model =or= pay yet another "we just made this up" fine, like the parking space that suddenly wasn't.

We already have those, it's called PDV (=VAT) and they're sh*t hot on it, about 5 years back it was suddenly "the thing", if it's not all marked up on a receipt then heads will roll. Obviously loads of small businesses went bust as they couldn't afford the technology, even something banal like a cup of coffee must have a receipt with a full tax breakdown on it. It's also been known for the tax inspectors to lurk outside supermarkets checking receipts, so it's vitally important that you take it with you or face having your shopping confiscated and having to pay yet another bloody fine.
Unskilled meddling sin©e 2007

steve_earwig wrote: ↑Tue Feb 05, 2019 10:47 am It's also been known for the tax inspectors to lurk outside supermarkets checking receipts, so it's vitally important that you take it with you or face having your shopping confiscated and having to pay yet another bloody fine.

They don't do much to instil a sense of national pride and respect do they?

...completely rethinking the stairs in the shed

Yesterday I went to the hardware shop to order up the metal for the stairs. I'd had a squint at what they had before the new year and I was concerned what they had wouldn't be hefty enough. It all comes in 6 meter lengths, minimum of 3 meters.

And the lesson is: Look at the bloody stuff while you're ordering it. Yes, you're a nuisance but...

They left it by the gate, I managed the angle, just, but I had to use a wheelbarrow to move the 80mm and it looks like something you'd use for street furniture, maybe on a motorway. I was kidding Miloš that I'd have a car upstairs but seriously you could drive a car along those 80mm tubes they're so huge.

What have I done? I'm seriously sh*t at picturing this sort of stuff in my head. Could I take it back? Probably, but I'd feel mighty silly. Can I use it? Well, if it fell in my lap I'd be overjoyed, so yes I can. Most of it...

Try telling my legs that! (Oddly, my back's fine). That was kind of my thought, a gnat's cock over 3", not that big

There wasn't any 65mm on the list, only the 60 thin walled stuff, which would probably have been ample, ah well.

..whilst jiggling abut and carrying something heavy, such as a small child or an engine block.

I've made the diagonal, mostly - it's a couple of cms too long but I did that on purpose as the wood I was using as a pattern wasn't exactly straight and making it a tiny bit short would mean having to do it all over again. It's only 3m long now, and still too heavy for me to heft about safely. So today I've decided* to relax and have a headache/migraine instead. It'll still be there tomorrow.
Unskilled meddling sin©e 2007